by Gina McDonald and Mike Oxford

The history of independent living is closely tied to the civil rights struggles of the 1950’s and 1960’s among African Americans. Basic issues–disgraceful treatment based on bigotry and erroneous stereotypes in housing, education, transportation, and employment–and the strategies and tactics are very similar. This history and its driving philosophy also have much in common with other political and social movements of the country in the late 1960’s and early 1970’s. There were at least five movements that influenced the disability rights movement.

The next movement to influence disability rights was the civil rights movement. Although people with disabilities were not included as a protected class under the Civil Rights Act, it was a reality that people could achieve rights, at least in law, as a class. Watching the courage of Rosa Parks as she defiantly rode in the front of a public bus, people with disabilities realized the more immediate challenge of even getting on the bus.

The “self help” movement, which really began in the 1950’s with the founding of Alcoholics Anonymous, came into its own in the 1970’s. Many self-help books were published and support groups flourished. Self-help and peer support are recognized as key points in independent living philosophy. According to this tenet, people with similar disabilities are believed to be more likely to assist and to understand each other than individuals who do not share experience with a similar disability.

“Demedicalization” was a movement that began to look at more holistic approaches to health care. There was a move toward “demystification” of the medical community. Thus, another cornerstone of independent living philosophy became the shift away from the authoritarian medical model to a paradigm of individual empowerment and responsibility for defining and meeting one’s own needs.

Consumerism, the last movement to be described here, was one in which consumers began to question product reliability and price. Ralph Nader was the most outspoken advocate for this movement, and his staff and followers came to be know as “Nader’s Raders.” Perhaps most fundamental to independent living philosophy today is the idea of control by consumers of goods and services over the choices and options available to them.

The independent living paradigm, developed by Gerben DeJong in the late 1970’s (DeJong, 1979), proposed a shift from the medical model to the independent living model. As with the movements described above, this theory located problems or “deficiencies” in the society, not the individual. People with disabilities no longer saw themselves as broken or sick, certainly not in need of repair. Issues such as social attitudinal barriers were the real problems facing people with disabilities. The answers were to be found in changing and “fixing” society, not people with disabilities. Most important, decisions must be made by the individual, not by the medical or rehabilitation professional.

Using these principles, people began to view themselves as power and self –directed as opposed to passive victims, objects of charity, cripples, or not-whole. Disability began to be seen as a natural, not uncommon, experience in life; not a tragedy.

Ed Roberts is considered to be the “father of independent living.” Ed became disabled at the age of fourteen as a result of polio. After a period of denial in which he almost starved himself to death, Ed returned to school and received his high school diploma. He then wanted to go to college. The California Department of Rehabilitation initially rejected Ed’s application for financial assistance because it was decided that he was “too disabled to work.” He went public with his fight and within one week of doing so, was approved for financial aid by the state. Fifteen years after Ed’s initial rejection by the State of California as an individual who was too disabled, he became head of the California Department of Rehabilitation –the agency that had once written him off.

After Ed earned his associate’s degree at the College of San Mateo, he applied for admission to the University of California at Berkeley. After initial resistance on the part of the university, Ed was accepted. The university let him use the campus hospital as his dormitory because there was no accessible student housing (none of the residential buildings could support the weight of Ed’s 800-lb. iron lung). He received attendant services through a state program called “Aid to the Totally Disability.” This a very important note because this was consumer-controlled personal assistance service. The attendants were hired, trained, and fired by Ed.

In 1970, Ed and other students with disabilities found a disabled students’ program on the Berkeley campus. His group was called the “Rolling Quads.” Upon graduation, the “Quads” set their sights on the need for access beyond the University’s walls. 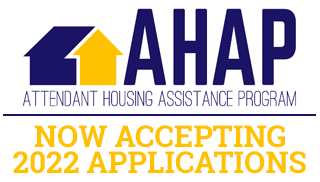 Voices for Independence is proud to announce that we are NOW ACCEPTING applications for the Attendant Housing Assistance Program (AHAP) for 2022!This is a program for our dedicated caregivers here at Voices for Independence, who may qualify for assistance through AHAP– this assistance may relate to rent, utilities, pest control, or even vehicle repairs. To […] 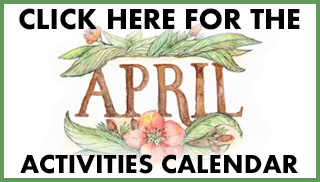 April 1st is right around the corner, but we’re not foolin’! That means a brand new month of activities, right here at VFI Erie! See the attached calendar for a full list of events, and please note all of the changes along the left panel of the calendar, as well as office closings. If you […]

We use cookies to ensure that we give you the best experience on our website.Ok